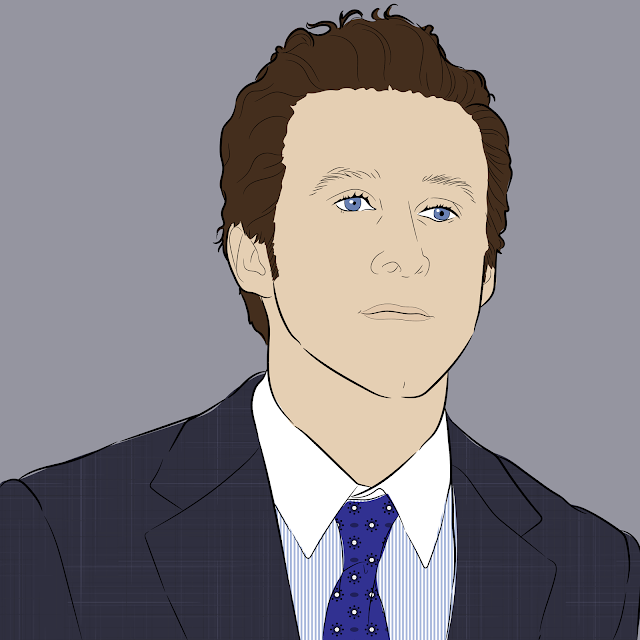 After hearing an interview with Adam McKay on Fresh Air about his new movie, The Big Short, my interest was piqued. As someone who entered the job market just after the 2008 crash, this subject has particular significance for me. So, when I heard McKay's most recent film would explain what actually happened while using the talents of both Ryan Gosling and Christian Bale, I was all in.

The Big Short tells the story of the people who predicted the burst of the housing bubble and invested accordingly. While I'm still not sure I absolutely understand every nuance of what happened, I feel more educated after having seen this movie than I was before.

Narrated by Ryan Gosling's character, McKay's film somehow manages to explain a somewhat complex financial situation while holding the audience's attention and even peppering in some humor. McKay also creatively shows the passage of time and the overarching feeling of said times by inserting clips and images from pop culture at strategic moments throughout the story. Additionally, he uses celebrities like Selena Gomez and Margot Robbie to describe some of the more confusing ideas that lead to the crash.

Another thing that is great about this movie is Steve Carell's terrible hair. I had seen an interview with Ryan Gosling about his perm for the movie, but nothing prepared me for what was lurking on Carell's scalp. It looks like there was a little round brush and blow dryer involved. Plus, who doesn't love Steve Carell?

I really enjoyed this movie, but I think I'll need to see it again to get all the info. If you're at all interested in what happened in 2008, I do recommend this movie and the interview linked above from Fresh Air.
Labels: Celebrities drawing Illustration Movies portrait ryan gosling spinster screening