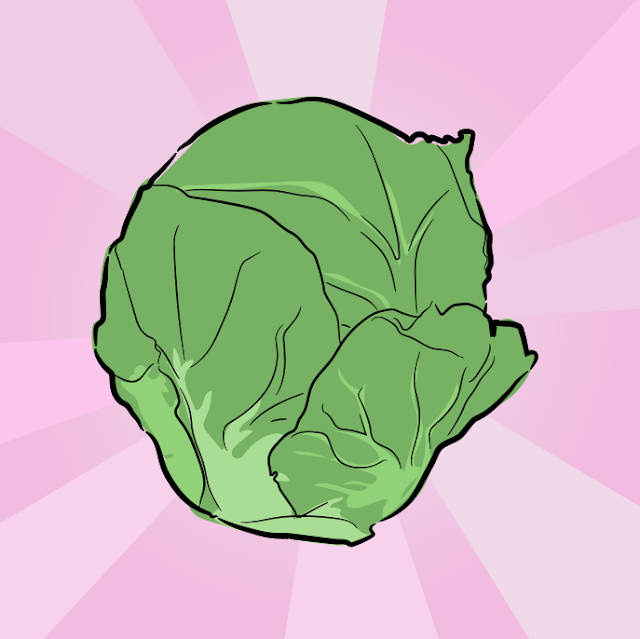 Lately, I've been trying to eat a little healthier. However, there's only so much broccoli and chicken a spinster can eat before she starts to feel like she might actually be a piece of chicken or broccoli. So, last night I decided to make something a little different but still not quite terrible for me. I'd been seeing spaghetti squashes in the grocery store, and I always love brussels sprouts, so those were the two items I wanted to use.

The first dish I made was the spaghetti squash. I used this really easy recipe for the crock pot, but I didn't really follow it, exactly. The recipe calls for one spaghetti squash, one jar (or can, in my case) of sauce, and 3 cups frozen meatballs. Well, when I put my spaghetti squash in the crock pot, it barely fit, so I made the executive decision to add more sauce. I don't think I was wrong. So, I ended up using two of the big cans of Hunt's spaghetti sauce and 12 frozen meatballs. I chose the 4-hours-on-high option since I only started this affair around 2, and it was ready by 6pm.

The brussels sprouts were sort of a hodgepodge of recipes I read online. These days I always have a few bags of Kroger brand steam-in-the-bag brussels sprouts in my freezer. What I didn't know, though, was that you can steam the brussels sprouts in the bag, and then you can sort of bake them in the oven. So, I steamed them, drained them, then turned the oven to 400, drizzled them with olive oil, salt, pepper, and garlic salt, and I cooked them for maybe 15 or 20 minutes. The black parts were the tastiest.

I don't know how healthy my spinster mean actually ended up being, but I think it tasted pretty good. If you're trying to be a little lower in carbs but you crave spaghetti, I think that the spaghetti squash recipe was pretty good. I will be tasting what the leftovers are like later today, so hopefully they're still good. As for the brussels sprouts, I give them two thumbs up. Of course fresh brussels sprouts are preferable, but the ones at Kroger weren't looking too great, so my frozen ones did just fine.

Curious about what other recipes I've been pinning? Check out my recipes Pinterest board. There's a lot of good stuff there for lazy cooks. Well, I mean, at least the ones I've tried have been good.