Spinster Thoughts: Why My Pants Fall Down 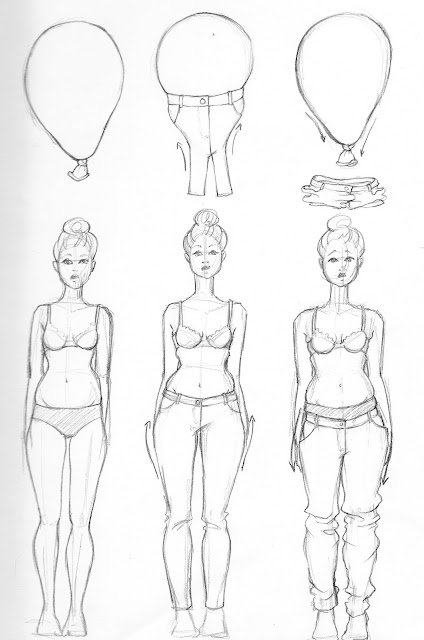 At first blush, pants that won't stay up seems to be a sign of weight loss. But, when you know that you're not, in fact, losing weight, it becomes confusing. I'm chubbier now than I've ever been (and, indeed, chubbier than this sketch depicts), and yet my pants refuse to stay up.

I've been doing some serious thinking about this problem. I know it's not that my pants are too large. Then, I realized, it's that they're hitting at the wrong spot for my chubbiness. As the sketch suggests, it's like trying to put pants on a balloon. Initially, they'll stay up, but the fact that my stomach is larger than whatever is below it will eventually force the pants down. For some reason, wearing a belt doesn't really seem to help.

Until I somehow become Adriana Lima or Gisele Bundchen (don't hold your breath), I've come up with a better, more comfortable solution: high waisted jeans. Specifically, this trouser jean from Ann Taylor Loft. I thought I'd share in case any of  you other spinsters are having the same situation. You can thank me later with all the extra time you've saved by not having to constantly yank at your jeans.