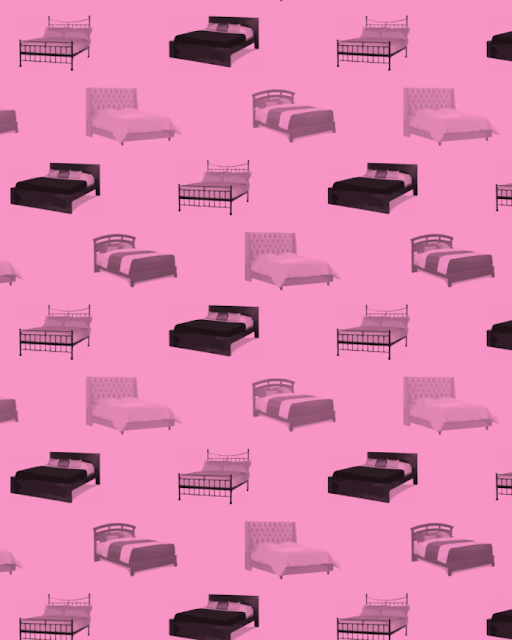 I have been known to fall down the Zillow rabbit hole on occasion. I get some sort of voyeuristic pleasure out of looking at people's homes that I will never be able to afford. Now, though, I have a new obsession: Airbnb.

I was at dinner on Sunday night, listening to a friend talk about her recent trip to Peru. She stayed in Airbnb accommodations, and I think she said she paid something like $35 a night. Of course, she was sharing a room, but still. So, now I've signed up and looked inside everyone's home from Atlanta to Paris to Tokyo. I only looked at the Atlanta ones to see inside other people's homes.

Traveling as a spinster can get expensive. Hotel rates are usually best split between two people, and if you're a lone wolf like I am, that doesn't usually happen. Because I don't know if I can share a bathroom for that long. I recently read an article about the best hotels in New York under $200/night, but I thought I could do better. I chose my favorite neighborhood to stay in - around Union Square because it's convenient - and I found five options that are under $100. Of course, there's no room service, but why spend your time in New York inside?

1. Close to Parsons and NYU:
This unit with a futon can sleep 4 people for $90. It's clean yet petit, and the west 14th street location is really excellent. The only question I have is about air conditioning. I don't see a window unit, so does she have central AC?

2. Charming Union Sq Studio w/ Elevator:
This one says it sleeps 5 people, but I only see space for four. That is, there's a real bed (probably a full because it's New York, and it's a studio), and a sofa bed. But it's only $70/night. And it's on East 15th. They've highlighted this as "gramercy" area, but it's still super convenient. This location is just north of some pretty darn good noodles.

3. "Huge" One-Bedroom:
By Atlanta standards, this is of course not a huge one bedroom. And it's a little cluttered. However, it's on east 13th, and it is bigger than most apartments around there. At just $100, you won't have to feel cramped.

4. Studio in the East Village:
This is a bit southeast of Union Square, making it a bit further from the train...but not that far. It's on east 6th, which is actually a great location, and it's also only $89 a night for four people. One of the reviews says it was larger than she originally though...so that seems good. And I can see a window unit.

5. Best Manhattan Downtown Location:
I've just been using the headlines of these listings for the links. I'm not actually saying this is the best location, but I mean...it's pretty good. Plus, one of the pictures shows they offer morning breakfast delivery. I meannnnn....that seems good.

Bonus: not in Union Square, but looks pretty good:
Spacious Studio (elevator building):
I just can't get over how this guy has a whole sectional sofa in his studio apartment...And this is close to where I used to live/just north of Soho (NoHo).

If you're not already on Airbnb but you want to be creepy and look inside people's apartments in other cities, I highly recommend it. Enjoy!