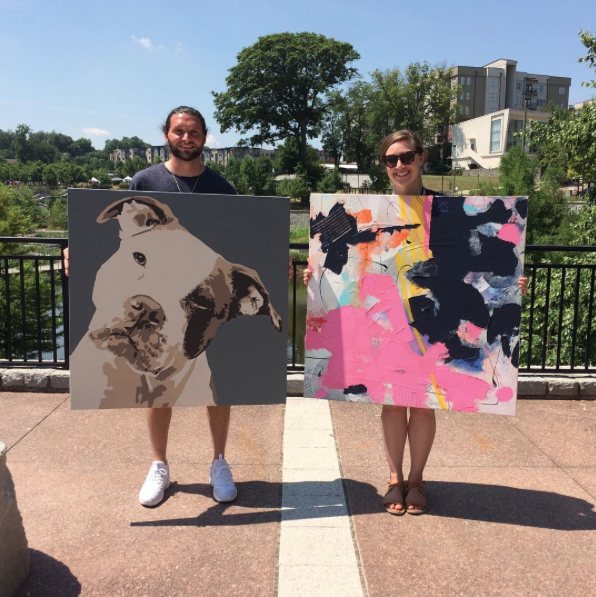 The Old Fourth Ward Park Arts Festival is now complete, and I couldn't be happier to be in the air conditioning. On the first day of the show, the temperature was 98 degrees, but I think the heat index was 112. But let's talk about the show.

Above you'll see a photo of my art trade with Silas Reynolds. I am so excited to hang this painting in my apartment! I think it goes really well in my bedroom, but I want people to be able to see it, so I'm torn. Either way, this was an excellent perk of doing the last show - meeting Silas and arranging a trade! 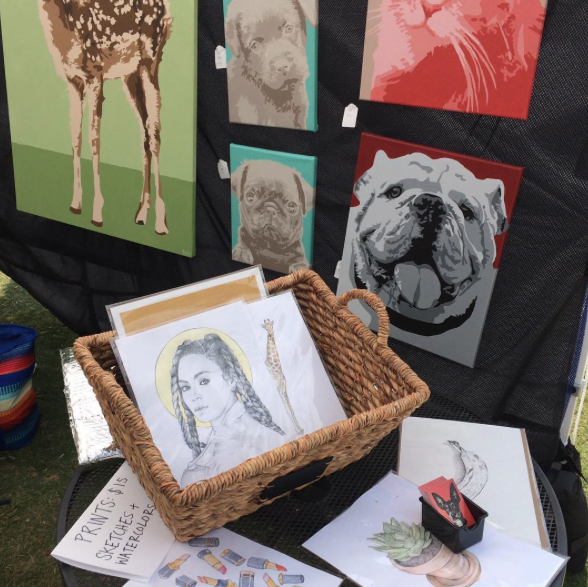 The sales at my booth this time were much better than at the last show. The basket of sketches, prints, and watercolors was a nice way to bring people into the booth, but I sold some paintings, too! The little pug you see in the background of this photo was sold, as was a painting of a chihuahua and three others. My brain isn't working right now to remember which ones. I love the idea that more of my paintings are hanging on walls around Atlanta. 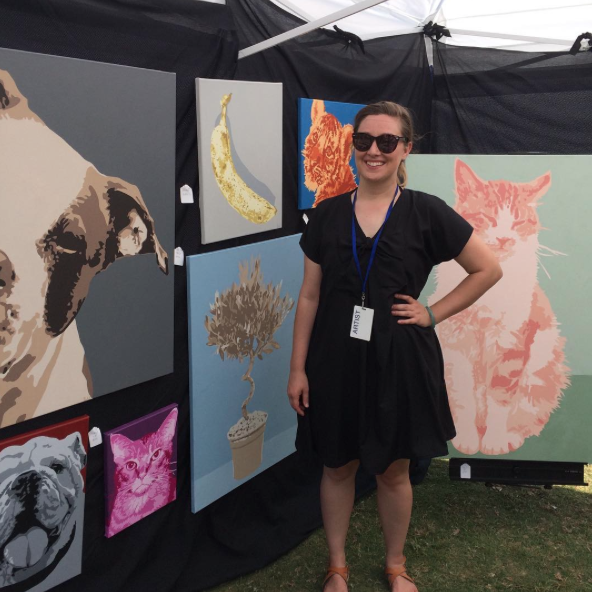 My mom was a huge help and arranged the paintings in my booth before the show started. She has a better eye for that sort of thing than I do. She also took this photo of me standing in my booth. I was already pouring sweat at this point, but I survived!

I'll be adding some of the leftover sketches to my Etsy later this week, and I'll let you know when they're up in case you're interested. For now, though, I'm going to sit here, eat some breakfast, and enjoy this air  conditioning. Happy Monday!