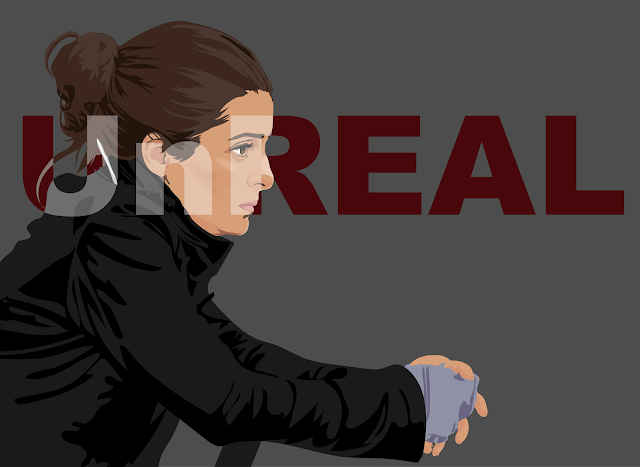 One of the TV shows that one some awards last round is Lifetime's UnReal. Now, I know Lifetime is known for cheesily addictive made-for-tv movies, but this show...it's good. It's so good.

In case you haven't heard anything about the show, it chronicles the lives, work, and relationships of the staff, producers, and show-runners on a show called Everlasting. Everlasting is basically a fake version of The Bachelor, and I have heard tell that it's pretty realistic. After all, it was co-created by Sarah Gertrude Shapiro, who was once a producer on The Bachelor. Just saying...

So, if you need some drama in your life, I recommend UnReal. I'm having to watch it one episode at a time because I'm all caught up. BUT if you start watching the first season now, you'll have some binge time before the second season ends.