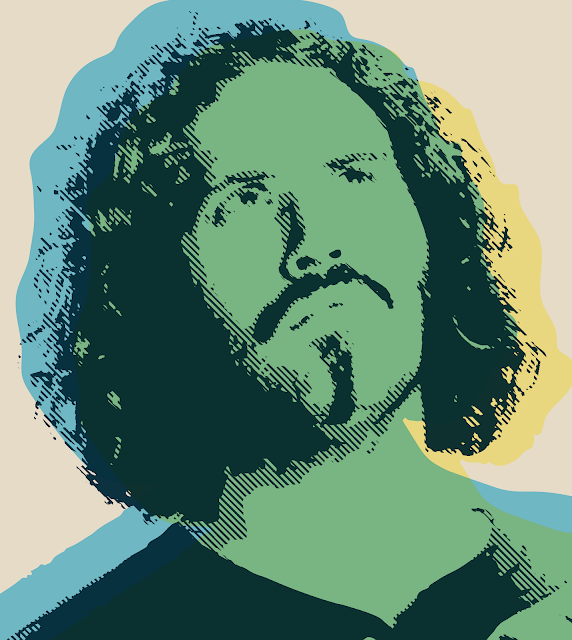 When thinking about Fan Art, it's hard for me not to want to use a hashtag like #FArt. Somehow, though, I think that would bring different results than one might expect were they looking for art.

A week or so ago, I got a message via Tumblr from the TV Critic's Choice Awards asking me to submit some of my Fan Art to their tumblr. Most of it was already on this blog or tumblr anyway, so I decided to do it. Last  year at their event, they had a backdrop on the red carpet of Fan Art for each show that was nominated. Actors and actresses would stand in front of a wall of art about their show for photo ops. I thought that was pretty cool.

So, I'm hoping they like some of my stuff enough that they'll choose to show it on the red carpet. Who knows? Maybe they will.

Last year's host was T.J. Miller, the annoying one on HBO's Silicon Valley. You might also recognize him from Deadpool or as the voice of some disgusting phlegm in Mucinex commercials. So, today's image is of him. And of course I submitted this one, too.

In other news, I am already pretty deep in Christmas portrait orders, so if you were thinking of getting one, then order soon if you want it by Christmas!