The Weird Dreams Have Returned 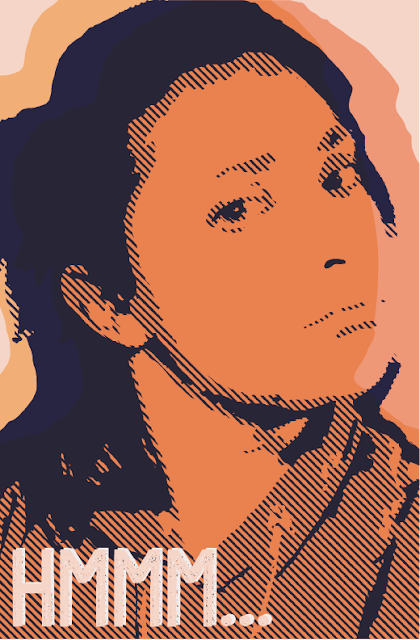 So, I think the fruitful sleep has started allowing me to remember more of my bizarre dreams. So, today I thought I'd share some of the ridiculous things I've dreamt lately. We'll do it in a bulleted list. Let's go!

2. I joined the show choir at my high school, and even thought it was the end of the year, I was ordering a bunch of costumes through a Jetsons-esque automat/computer.

3. I was asked to give a speech to a bunch of college students about what they should be doing on Spring and Summer Breaks if they wanted to be in the fashion industry. I kept being interrupted by people who were from he show choir and wanted all the attention. Whenever I made a snarky remark about how they were making my speech difficult, the woman who was heading the event would look at me accusingly like I was the one causing the problem.

4. I was in Taiwan with my parents, my grandfather, and my sister. We were going from stall to stall on a street. We had split up, but I ran into my grandfather in a place where they were giving $500 hand massages. I told him I didn't want a hand massage that was that expensive, so he bought the massage for a Japanese woman who was standing nearby. He had some sort of fetish and liked to watch hand massages.
I walked further, and I ended up in a really amazing shopping mall that had a really luxurious department store where everyone was priced like it was on AliExpress because they didn't have to import any of it. The lingerie section was amazing - everything was very sculptural, like if you wore it you'd look like a robot. I tried to go into the bridal section, but a french man was photographing the dresses, and he could tell I was american and kicked me out.
We all met up on the first floor of the mall (I was worried the whole time because I was using international texting rates that I hadn't signed up for, so my bill was going to be huge), and we were trying to decide where to eat. Dad and my grandfather would have nothing else but Taco Bell in the food court. I got really mad because we were in Taiwan, and I wanted to eat something a bit more local.

5. I met a man at the YMCA and decided we should get married. He had a much better-looking brother, but the one I met had the better personality.

6. It was my wedding day, and I walked down the aisle to be seated in a pew to the right. I wondered what was happening and asked my sister. She was excited and said "just wait, you'll see." Then, my friend Katie and her boyfriend walked down the aisle. It was their surprise wedding, and I had been the decoy bride.

7. I was under an overpass where a bunch delinquent teens hung out. I was in a group of other teenagers (apparently I was a teenager) who were just hanging out - not delinquents. We were approached by some shady characters and decided that if we moved as a group, we could get away. So, we moved as one mass toward the glass door (not sure how we are suddenly inside), and we noticed people were disappearing as they exited. Then we found out there were human traffickers waiting just outside the door to capture each of us with a chain and swing us around until we were disoriented.

Ok, if you made it this far into this post, congratulations!

Here's hoping that I sleep through the night soon.
Labels: dreams strange dreams